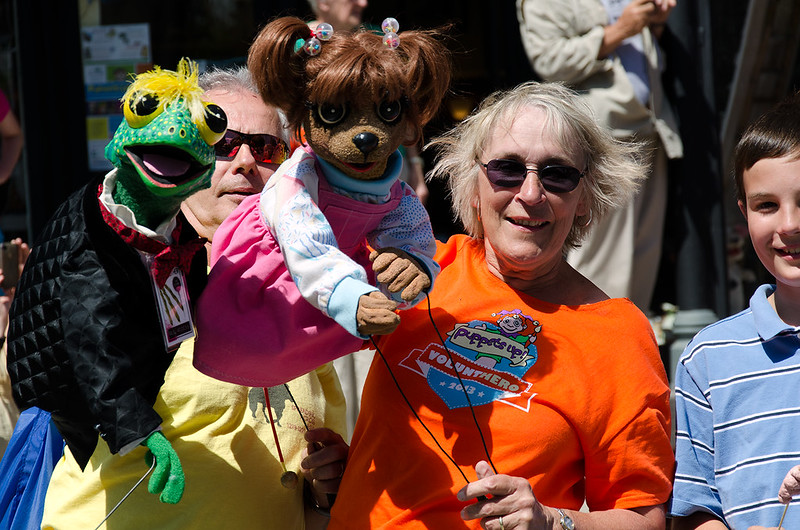 Noreen Young is an award-winning Canadian producer and puppeteer still actively involved in puppeteering through her corporation Noreen Young Productions. Young grew up in the capital of Ottawa, Ontario and knew from the beginning that puppets can say things that humans can’t.

Young first rose to prominence having developed a children’s show called “Hi Diddle Day,” which aired from 1968-1976. The uniquely-produced series starred a number of puppet characters (created, manipulated and voiced by Young) who lived in an unusual household. It was originally seen only in Ottawa, Montreal and the Maritimes but by 1970 its popularity led CBC to turn it into a national children’s series.

The magic didn’t stop there- the fascinating Young was also the creator of “Under the Umbrella Tree” – another popular television children’s series that ran from 1987 – 1993 on CBC, then on The Disney Channel from 1993-1997. She received Gemini Award nominations for all her love, imagination and her mastery of puppetry in 1986, 1990 and 1994.

“Dodie”, a character on Sesame Park, also became part of Noreen’s repertoire when she joined the Canadian version of Sesame Street. Other of her puppet characters have appeared on productions including Readalong, Téléfrançais and a 1984 television special called The Care Bears Battle the Freeze Machine.

Young is also known for her fabulous caricature puppets of public figures including former governor-general Adrienne Clarkson, CBC news anchor Peter Mansbridge, hockey commentator Don Cherry and community personalities from her beloved Mississippi Mills. She was made a Member of the Order of Canada in 1995 and honoured by the Canadian Institute for Child Health at the 16th Annual Crayons and Cravats Gala in 2015 for her tireless energy and dedication to the use of puppetry to teach and entertain children.

When her original PuppetsUp! Festival sadly ended after 12 years in 2017 Young was quoted in the Ottawa Citizen saying:

“This is not the end of Puppets Up!” she insisted, “I think that we will reinvent ourselves!”